WordPress just told me I’ve made 50 posts on this blog. In roughly 3 weeks. That’s quite a lot. Do I care? Nah not really. Do you care? Probably not. But hey ho. 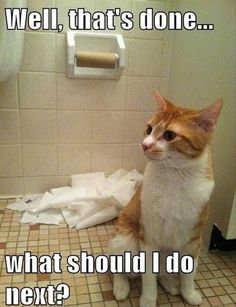 This was supposed to be a blog for arguing and complaining about life but actually it’s turned into a blog about bloody anything and everything. That’s probably better though. It means the CIA won’t be tracking what I really think about Donald Trumpington. I’m already on one of their lists for them to scan my emails because I regularly email a friend in Canada and we tend to rant to each other at least once a week. The last few months of rants have been taken up with terrorists and immigration and some of the comments in the emails could well be classed as “high-risk”. So if I suddenly disappear for a couple of weeks, keep an eye on the news and you may well see I’ve been arrested or something.

Wow, I get off topic a lot don’t I? So yeah. Thanks to everyone who’s read the blog so far and if you like do let me know 😉